Protecting Your Mac from Ransomware

What’s this new ransomware do and what’s the best way to protect my Mac from it?

This question was answered on March 9, 2016. Much of the information contained herein may have changed since posting. 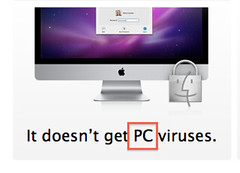 Ransomware has been a plague exclusive to Windows users for years, but a recent discovery means Mac users can now count themselves as targets as well.

If this nasty malware sneaks its way into your computer, it silently grabs all your personal data files and locks them down with military grade encryption.

Once the files are encrypted, the only way to open them is with a special key that the hackers demand payment for, hence the term ‘ransomware’.

The ransom amounts can range widely and generally double within a few days if you don’t pay quickly.

The discovery of the first ransomware scam specifically targeting Mac users should be a wake up call for anyone that still thinks Macs are somehow infallible.

This mindset plays right into the hands of those with malicious intent and you can expect to hear more about Mac specific malware as time goes on.

Apple made it appear in their old commercials that you didn’t have to worry about malicious activity, but you may have noticed those ads haven’t run for a long time.

Computers running the Mac OS are certainly not exposed to nearly as many malicious programs and threats as Windows-based systems, but that doesn’t mean you don’t have to pay attention to threats.

In the past, the number of computers running the Mac OS was minuscule compared to the number of Windows computers, but now that number is estimated to be over 15% in the US.

Ransomware in particular, has been a very lucrative scam as one security firm estimates that over $325 million was generated just last year.  The expectation is that more variations of ransomware will continue to proliferate this year.

Making sure you keep all your software updated, only downloading apps from Apple’s App Store, installing a solid Internet security package and using an online backup service such as Carbonite (http://goo.gl/wKaqLP) are the best ways to avoid ever becoming victimized.

Online backup is the most important protection against ransomware as any traditional backup device connected to your computer will also be silently attacked.

As long as you have a clean backup, you’ll never have to pay the ransom because removing the malware from either Windows or Mac computers isn’t all that complex

Some may argue that anti-malware software is unnecessary on a Mac and that it will only slow down your computer, but that isn’t what we have seen in our tests (or on my personal MacBook).

Having that extra layer of security, especially if you have young children or teenagers using the same computer as mom and dad is a good idea these days.

Hackers know that younger users are much easier to lure into shady activities with offers of free music, movies and games, which allows them to silently slip into your computer.